The ‘graced imagination’ enables us to understand that we are truly heirs to the Kingdom. Sister Thomas More Stepnowski explores this in the light of Pope Francis’ recent encyclical.

Laudato Si’, Pope Francis’ 2015 encyclical, considers the connection between contemplation and the sacraments and attests that man’s stewardship of creation is not only a material responsibility but also a spiritual responsibility.1 Mid-point in the encyclical Pope Francis suggests that ‘There needs to be a distinctive way of looking at things, a way of thinking, policies and education program, a lifestyle and a spirituality which together generate resistance to the assault of the technocratic paradigm’ (111). Conrad Pepler, O.P., an English Dominican friar who wrote in the mid-twentieth century, also recognised these concerns, and he proposed that a ‘distinctive way of looking at things’ necessarily includes the use of the imagination. A closer look at Pepler’s writings may be ‘a distinctive way’ of looking at things, especially since he proposes that the imagination that is cultivated by grace is able to maintain the connections between creation and the sacraments against a background of increased industrialisation, technology and activism.2

The imagination is the link

In theory it might seem to be a matter of indifference whether the imagination were formed by natural things like seeds sown and growing into plants—lilies—and sparrows flying or falling. Closer investigation, however, shows that imagination cannot be altogether rationalized and treated as a meter instrument of human thought and willing. It is the bridge to the whole universe, with the rhythm of the heavenly bodies, the movements of creatures of every description coming over that bridge into man and so reaching up to God in this new world of intellect. It is this natural world which provides the sacraments and the sacraments gain entry into man’s spirit through this inner faculty where poetry is created and understood. 4

For man has a faculty that can identify itself with the natures of all things, but first of all with the natures of the physical things of the universe. Within this one faculty he can gather together an infinite number of things, de-materializing them, co-ordinating them, watching their interconnections and relation one to the other, expressing truths about them and about their reference to the rest of reality. . . . The mind has an infinite capacity and can know all things. But man does not get to know them in their material isolation, for his mind sees how they dovetail into each other, how the lower is included in the higher, how material succession does not break identity of form. 5

This capacity of the intellect to work with the imagination becomes the place of creativity as beneficial experiences enter, and become the creative responses. Accordingly, the unassuming skylark becomes the inspiration for George Meredith’s poem and Ralph Vaughan Williams’ orchestral piece while engineers and architects adopt the industrious bee’s honeycomb structure for multiple uses. These examples highlight the natural world’s influence upon the imagination and the production of artistic works or concrete products, but Catholics straddle both the natural and the supernatural worlds. Therefore, we need to consider the effects of grace upon the imagination.

Grace is the primary source of all activity and creativity, and Pope Francis pointedly notes that technical solutions to the environmental crisis are powerless without a person’s openness to God’s grace (200). Pepler defines grace in personal terms as ‘fundamentally the touch of God’s triune, personal love upon a human person, and holiness is the full response of that person who can thus give love for love.’6 In this personal relationship with God, the life of grace protects and perfects ‘each human power,’ including the imagination, so ‘as to be able to function in this “higher” life of the “above-the-natural” life. The inclination is controlled and directed by grace, so that . . . it is the supernatural condition of being grace-controlled and therefore God controlled.’7

The influence of grace on the imagination

The perfection of the imagination, therefore, allows man to be drawn ‘into a new world, giving him new terms of reference, widening and deepening the powers of his mind to penetrate into the infinite realms of the divinity.’8 C.S. Lewis’ The Great Divorce provides a poignant example of the influence of grace upon the imagination and its creative response. In a conversation between a Spirit who resides in heaven, and a Ghost, who was an artist on earth, the Spirit explains to the Ghost, ‘When you painted on earth—at least in your earlier days—it was because you caught glimpses of Heaven in the earthly landscape. The success of your painting was that it enabled others to see the glimpses too.’9 This ‘new world’ of grace permits man to peer into the ‘infinite realms of the divinity’ so as to envision and participate in the renewal of culture, which is no longer aligned to secular standards, and he is able to transcend into the supernatural Reality, a gift of sacramental grace.

‘Sacramental Signs and the Celebration of Rest,’ the last chapter of Laudato Si, concludes that sacramental grace is vital in maintaining not only the interior harmony within each person but also the exterior harmony present in the cosmos. Therefore, Pope Francis teaches that the ‘Sacraments are a privileged way in which nature is taken up by God to become a means of mediating supernatural life’ (235). Yet, above all, he reminds us that ‘The Eucharist joins heaven and earth; it embraces and penetrates all creation’ (236). The sacramental life offers an entry into the supernatural reality which assists in forming the imagination. Pepler further develops this premise by proposing that: ‘Life must gradually be informed by creative worship if we are to furnish the imagination with sensations that are not constantly militating against religion and making it an unnatural and unsocial effort to remain religious at all.”10 His argument becomes clearer when he identifies the liturgy and the sacraments as the most efficacious way of formation of the imagination:

Yet the moments when he is occupied actively with mind or will on an object other than (though ordered to) God may make the constant prayer seem rather remote unless his imagination has been so trained that in all the interstices of the mind the sights and sounds of worship ood in from the imagination. If the liturgical drama of the Mass has exercised its influence well, it will have stamped not only on the soul, but also on the bodily faculty of the imagination the form of the Victim of Calvary which is there represented. Hence, at off moments the imagination will be coloured by the Mass drama, and connect the passing sights and sounds of the day with that.11

Creative worship in its greatest manifestation encourages full participation in the liturgy by appealing to all the senses. In a liturgical celebration, the possibilities include but are not limited to the following: hearing the spoken word as well as polyphonic cadences of liturgical chant; seeing liturgical colours or depictions of the Christian mysteries in sacred art; smelling incense, beeswax or fresh flowers; tasting the Eucharist in the forms of bread and wine; touching the holy water or being anointed with chrism as well as kinesthetic movement in kneeling or processing. The imagination is attuned to the sounds, sights, scents, that is, physical sensations, so that the interstices or the spacelets of the imagination can be formed by the drama of the Mass.12 Participating in the liturgy and the sacraments imprints upon the imagination beneficial experiences which influence the intellect and will and, subsequently, generate responses and actions that ow into culture.

This renewed vision, the ability to see the cosmos in the light of the Resurrection is the great difference between the natural vision and the supernatural vision. The graced imagination is not about the ability to create images ex nihilo, but the graced imagination elevates, heals and perfects the imagination to be a better receptor and retainer of images and to in uence the intellect’s contributions to culture. Grace’s influence on the formation of the imagination is more than an analysis of causes and consequences or the expectation that grace will work as an antibiotic. The integration of the supernatural and natural worlds suggests to Pepler that ‘the whole universe’ is seen ‘from the divine angle’ so that ‘a unified view in which everything that is created forms a single whole.’16

Heirs to the Kingdom

For the ordinary Catholic, grand artistic, literary, scientific or political achievements may be beyond their realm, that is, the graced imagination and its effects may not have the same degree of influence as with someone who has great natural gifts in sculpture or musical composition. Nonetheless, ordinary Catholics within a state of grace are heirs to the Kingdom of God, and the graced imagination’s new ideas and solutions to difficult problems, are evident in the daily course of events that occur in school, work, families or, as Pope Francis hopes, creative solutions to the environmental crises.

In this article, we have considered Pope Francis’ recommendation that should ‘be a distinctive way of looking at things, a way of thinking,’ which could also be supported by education, how we live and a spirituality. Adopting Conrad Pepler’s formation of the imagination is one way in which we can unite creation and the sacramental life in order to ‘generate resistance to the assault of the technocratic paradigm’ so that we may join the chorus in singing Laudato Si, mi’ Signore with full voice and heart (1).

Sr. Thomas More Stepnowski, O.P., is a member of St. Cecilia Congregation, Nashville, Tennessee, and recently completed a PhD at the Maryvale Institute.

2  Conrad Pepler (1908-1993) was raised in Ditchling, Sussex, and his father, a printer, was a member of the Guild of St. Joseph and St. Dominic. As a Dominican friar, Pepler edited Blackfriars and The Life of the Spirit, and he was warden of the Dominican Conference Center, Spode House, Sta ordshire, from 1953-1981.

By Sister Thomas More Stepnowski
Share:Share on FacebookShare on TwitterShare on Google Plus 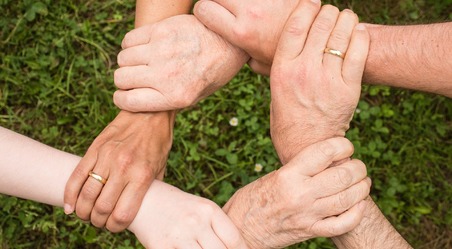 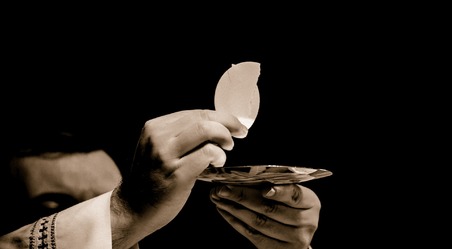 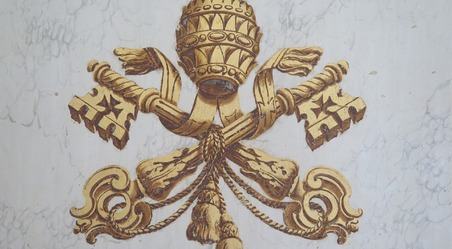 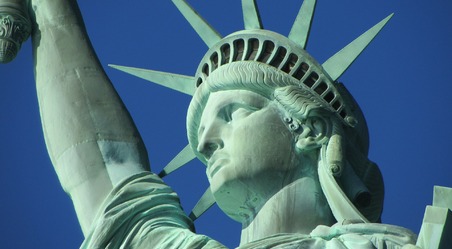