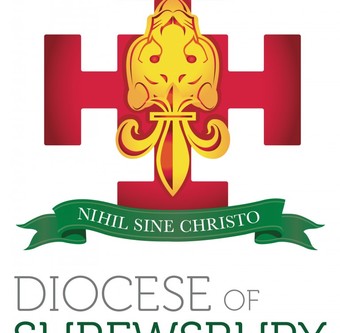 A Saint for Shrewsbury?

Bishop Mark Davies has urged that Elizabeth Prout be considered as a candidate for canonisation. Pravin Thevathasan tells the story of a courageous woman.

Elizabeth Prout was  the  foundress  of the  Passionist  Sisters.   She   was   born in Coleham, Shrewsbury in 1820. Her father was a lapsed Catholic and her mother a devout Anglican. Her father worked as a cooper at the Coleham Brewery. Elizabeth was baptised in St Julian’s Anglican church.

By 1841, the family had moved to Stone   in Staffordshire. Here Elizabeth came under the influence of the Passionist missionary, Father Dominic Barberi. She was received into the Catholic Church,  much to the dismay of her parents. (Many years later, her father would return to the practice of his faith and her mother would also become a Catholic).

Elizabeth tried her vocation as a nun in Northampton but had to return home after contracting tuberculosis. Her mother nursed her back to health, hoping she would give up her Catholic faith. Elizabeth did not do so and staying at home became unten- able. Another Passionist, Father Gaudentius Rossi, suggested that she take charge of a girls’ school in a deprived area of Manchester and she agreed to do so.

Apart from schooling duties, she visited the sick and the poor. Moved by the wretched state of these people, she and some companions formed a community to assist them. She soon discerned that she was called to form a new religious order, a cou- rageous decision under the circumstances: anti-Catholic feelings were running high in the area and several Catholic churches had been damaged. With  the  support of  Bishop   Turner of Salford, she and Father Gaudentius established a new Congregation and in 1852, Father Gaudentius gave Elizabeth and six companions their robes as religious Sisters.

By the following year, Elizabeth and another Sister were teaching in St Joseph’s school in Manchester, filled with the children of Irish families who had fled the great potato famine. Conditions were atrocious and the Sisters all fell ill. In 1854 Bishop Turner gave them a new convent in Levenshulme. The nuns had a strenuous timetable. They woke up at four in the morning. After a meagre breakfast, Elizabeth would walk the long distance to St Joseph’s school.

With the approach of winter, however, they left the city and Elizabeth opened a day school in Levenshulme and a boarding school for children. In November 1854, six of the seven Sisters took formal final vows of poverty, chastity and obedience in St Mary’s church, Levenshulme. From then on, Elizabeth became known as Mother Mary Joseph.

Further foundations were at Ashton-Un- der Lyne, noted for being an anti-Catholic area, and Sutton, St Helens. She was also asked to open a convent in Parr Hall, and take charge of a boarding school and open a day and Sunday school  in  Blackbrook, St  Helens  as  well  as  taking  charge  of  St Anne’s day and Sunday school in Sutton.

So, where did Mother Mary Joseph get her strength? From means that are available to all of us: Mass, the sacraments and daily prayer. Crosses she was given in abundance. She had to deal with the frequent disapproval of Father Gaudentius, a priest who seemed much more impressed by nuns claiming extraordinary experiences in prayer. For Elizabeth, prayer was not easy. She once said that “if I was to try to reflect on some part of Our Lord’s Passion, I am sure to think of something worldly in a minute or two.”

Although she experienced desolation, there can be no doubt that she obtained her great love of the poor by her continuous contemplation of Christ Crucified. She probably disappointed Father Gaudentius by claiming to have no visions! Yet when he was moved to America in 1855, she was truly saddened. His place was taken by Father Ignatius Spencer, youngest son of Earl Spencer of Althorp (and, incidentally, great-great-great uncle of Princess Diana). He too was a convert to the Faith like Elizabeth and like her he had a great love of poverty. Under his spiritual direction, her interior life flourished. To love Christ with an immortal love had always been her goal. And his. Like Father Ignatius, she was to accept all the contradictions and humiliations in a spirit of thanksgiving.

And they came in abundance. One nun had incurred large debts on the Congregation and Elizabeth had to beg for funds, first locally and then in Ireland. When she returned, she discovered that the nun she had placed in charge had taken no care of the community, writing instead to Father Gaudentius in America and giving a wholly negative impression of the Congregation. This nun was to leave in order to join the Cistercians, only to leave them as well.

Father Gaudentius blamed Elizabeth for the troubles. Rumours spread around Manchester and there was increasing opposition to the nuns in general and Elizabeth in particular. It must have pained her greatly to know that the calumny was put about by ex-members of her own Congregation. But another Passionist priest came to the rescue, Father Bernard O’Loughlin, who insisted on a commission of enquiry. This found Elizabeth and the nuns wholly blameless and the Institute was allowed to continue. Not only that but Elizabeth soon started receiving vocations from those who had a real understanding of the purpose of the Congregation. With the assistance of Father Ignatius, the rule of the Congregation was revised. But even here, the spiritual friendship of these two great souls was misunderstood. Father Ignatius said to her: “Do you not see that God is asking you for the rarest thing you can give? Give your good name freely and thank Him for taking it.”

1863 saw the temporary approval for the canonical establishment of the Institute. Though terminally ill, Elizabeth was chosen as the first Superior General of the Congregation. She died peacefully at the Sutton convent in 1864. She was just forty three years old.

What can we learn from the life of Elizabeth Prout? In the words of Sister Dominic Savio Hamer CP: “We can imitate her in many ways and pray to her with confidence. She was such a practical person; so entirely God-centred; so forgetful of self; so generous in giving herself to others; so willing to suffer in union with Our Lord’s Passion, always so that God’s will might be done; and so charitable in protecting the reputation even of her enemies, even at great loss to her own.”

Dr Pravin Thevathasan is a consultant psychiatrist and editor of the Catholic Medical Quarterly.

By Dr Pravin Thevathasan
Share:Share on FacebookShare on TwitterShare on Google Plus

Britain became familiar with a new vocabulary in 2020: Covid, lockdown, self-isolating. Does the Church have something to say about all of this? Yes – and, when we are allowed, something to sing about, too.

Fratelli Tutti: In Search of a New Vision of Fraternal Love

Monsignor Patrick Burke considers Fratelli Tutti (Italian for “Brothers All”), the latest publication from the pen of Pope Francis.

Joanna Bogle talks to Archbishop John Wilson about his first year as Archbishop of Southwark.

A Christian View of Relationships and Sex Education