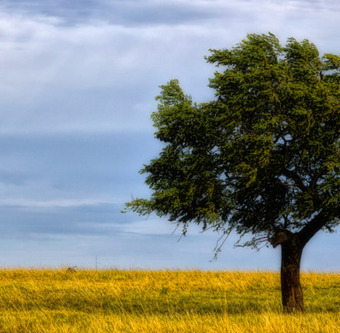 Aquinas and Evolution - Why St. Thomas’ Teaching on the Origins Is Incompatible With Evolutionary Theory by Michael Chaberek, OP, The Chartwell Press, 272 pp, £14.00 reviewed by Mark Higgins

The contemporary scene of Catholic apologetics, at least in terms of the apologetics that deals with theological and philosophical questions, is largely underpinned by the works of St. Thomas Aquinas. This reflects the gradual reascendency of the Angelic Doctor in seminaries and universities which has occurred over the last twenty years, spearheaded by a new wave of orthodox Dominican scholars and a genuine thirst for theological clarity and certainty by a new generation of seminarians. Fr. Michael Chaberek, the author of this volume, can undoubtedly be included within this category of new Thomists, that is, with a rather significant caveat related to the theory of evolution.

As Fr. Chaberek identifies within this present work, generally speaking, the new breed of Thomists has taken one of two approaches to Darwinism, they have either entirely bracketed off any discussion of the theory of evolution, as a kind of academic inquiry separate and isolated from their disciplines of philosophy and theology (isolationists), or otherwise, they have gone to lengths to assure the reader that St. Thomas, whilst unaware of evolution, offers philosophical principles highly compatible with this scientific theory (compatiblilists). Our Polish Dominican author argues, on the contrary, that the philosophical and theological teachings of St. Thomas Aquinas do touch the areas of human origins, and that secondly, the claims of Darwinism have metaphysical implications, Darwinism cannot simply sit on top of Thomism, not at least with a Thomism intent on being entirely faithful to its foundational metaphysics.

As a true son of the scholastic method, our author follows a classical methodology: he begins by defining the key terms; secondly, he outlines the arguments of his compatibilists and isolationist interlocutors (18 discreet arguments, well referenced and explained); thirdly, he offers a ‘sed contra’; and fourthly, a ‘corpus’ (a general outline of his position), before finally responding to the eighteen arguments already outlined. The book does not however conclude on this note and contains two further, albeit shorter sections, the first a response to the popular characterisation of Augustine as a protoevolutionist, and the second, a defence of Intelligent Design approaches from a Thomistsic standpoint. These additional sections of the book don’t carry the same sense of purpose or pace as the first, but are nonetheless thought-provoking, more sothe chapter on Augustine which elucidates his rather complicated understanding of creation succinctly and clearly.

Fr. Chaberek has certainly researched his subject thoroughly, and the reader is left deeply impressed at the responses that he offers to his interlocutors and their proposals, always utilising the ipsissima verba of St. Thomas. Uncomfortable as the conclusion may seem, the book ultimately presents a very well argued case towards the metaphysical incompatibility of the Aristotelian-Thomistic synthesis and evolutionary theory. Interestingly, Chaberek cannot simply be accused (or even dismissed) as simply being a Young Earth Creationist intent on appropriating the saintly Dominican to the cause of Answers in Genesis. Chaberek always sides with Aquinas, and since Aquinas has no metaphysical attachment to a young earth and a universe 6,000 years old, neither does Chaberek (p.217). Chaberek’s conclusions are always from the standpoint of, fundamentally, being unflinchingly committed to Aquinas’ sana philosphia. For example, we read that only God can initiate a species, that for Aquinas this is a divine act, directly caused and not something attributable to secondary causes, and so on St. Thomas’ terms we must conclude that any species with a given matter-form cannot gradually, through environmental influences and natural selection, lead to a distinct new species - such is beyond the framework of Angelic Doctor and his understanding of change (p.56). The Polish Dominican therefore seems to approximate St. Thomas towards a position akin to the ‘Gap Theory’ in which Almighty God periodically creates each individual species, sequentially, through history, and ex nihilo (p220), a position which, scientifically, to put it as charitably as possible, would be considered a nonmainstream, minority position.

Given the theological crisis that followed the Second Vatican Council and the lack of clarity experienced by three generations of seminarians in formation, it is understandable that many would seek refuge in the clear, solid and coherent argumentation of St. Thomas. What Fr. Chaberek has shown is that a NeoOrthodoxy pinned strictly to Aquinas cannot then claim to be compatible with a modern scientific world-view. For whilst St. Thomas can tolerate and even embrace a universe 6 billion years old, he cannot, within his Aristotelian, static, understanding of matter/form and substance/accident accept also the continuous emergence and evolution of different species as a result of natural, secondary causes. For Fr. Chaberek, his findings are clearly a summons to reject the science of evolution.

But, of course, this need not be the case, and he too at least shows an awareness of the possibility that perhaps it is the philosophy of St. Thomas that may require a revision (p.236). Fr. Chaberek unfortunately offers very little consideration to the alternative pathway; he cannot see how anything other than the ‘classical metaphysics’ of St. Thomas could ever act as an underpinning for the unchanging truths of the faith (p.240-45). In one sense then, this book is very much calling for a revised metaphysics along the lines of that conceived by Fr. Holloway, or at the very least it is alerting that there is most definitely a need for a revised metaphysics if orthodox Catholics are to coherently accept the science of evolution alo

Fr. Mark Higgins is a Catholic priest of the Archdiocese of Southwark.