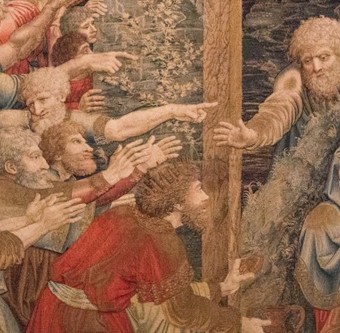 Book Review: How the faith was kept – but what about today?

Share: Share on FacebookShare on TwitterShare on Google Plus
‘What was from the Beginning’ – The Emergence of Orthodoxy in Early Christianity by Prosper Grech, OSA, Gracewing, pp. 132, £9.99, reviewed by Phil Cunnah.
In each society there is a tension between innovation and tradition. As a society changes and develops, how does it welcome what is new while holding fast to what brought it to that point? Today we feel that tension keenly. In a fast-paced technology-driven society, it’s important to be abreast of developments and have the latest item. Yet over reliance on social media is changing the nature of traditional human interaction. Morally speaking, Western societies are shedding the traditional values that underpinned their culture and introducing new moral norms. In the Church too, this tension has been felt. The controversy over the possibility of communion for the divorced and remarried is an example. One side claim this as an alien innovation, another tries to show a development of the tradition. It’s in this context that we receive Prosper Grech’s book, ‘What was from the Beginning’.
Handing on the experience of Jesus
Created a Cardinal in 2012 by Pope Benedict XVI, Prosper Grech is an expert in early Christianity. He helped to found the Augustinianum Institute of Patristic Studies in Rome and enjoys an impressive resumé of study and learning. Such is his reputation, he was given the privilege of addressing the college of Cardinals before the 2013 conclave that elected Pope Francis. In this work he shows the wide breadth of his learning. The title comes from the opening words of St John’s first letter, “We declare to you what was from the beginning, what we have heard, what we have seen with our eyes …” The
writer is describing a process of handing on the experience of Jesus Christ, had by his apostles, so that others could share in their communion. As the years continue, future generations continue to pass on this experience and there develops a tension between innovation and tradition as it is assimilated by more and more cultures. Grech’s intention is to examine this process through the first centuries of the Church, to identify and evaluate the contributing factors to the emergence of orthodoxy.
Breadth of learning
‘What was from the Beginning’ is a series of short essays dedicated to the most significant facets of tradition. Grech takes the reader through many subjects such as the importance of councils, the role of the Roman church, the sensus fidelium and the principle of Lex Orandi, referring to the way in which prayer influences or expresses belief. The breadth of his learning jumps
out on every page. A bit like a pilot guiding a ship into port, Grech knows every difficulty and dead end as he guides the reader through his subject. The aim is to show how the Church preserved the tradition through these facets and avoided the innovations. Particularly welcome is his examination of the church of Rome as an appeal for orthodoxy in which he evaluates the witness of Ss. Clement and Irenaeus. Too often we hear of Rome’s primacy as an innovation of Leonine theology in the fifth century. Furthermore, he poses the problem for the early Church of Sola Scriptura, the Protestant principle of scripture alone as the source of orthodoxy. With great skill, he notes that “If asked about his faith a Christian would not have answered ‘I believe in what the Bible says’ but ‘I believe in what Jesus and the Apostles said’”
The bare principles
There are times, however, when the breadth provided by the book lacks the depth the reader would like. It is an admission that Grech makes early on, and the further reading section serves to offset this fact. An example is the section on doctrinal development where Grech takes the reader from Vincent of Lerins and his principle that orthodoxy is what was believed everywhere, by everyone, always, through to John Henry Newman’s work An Essay on the Development of Christian
Doctrine. The reader comes away knowing the bare principles but Grech avoids a more thorough examination of both theologies.
Limitation
Perhaps the most important question surrounding this book is what was Grech’s intention? Is it just another introductory text book for students of theology? If so, they might be better served by picking up Kelly’s classic, Early Christian Doctrines, which provides greater depth. In the preface, Grech describes the book as “a modest contribution to the ongoing debate about the rise of orthodoxy in early Christianity and the present ecumenical movement.” Certainly, one can see the pertinence of this work with regards to the emergence of many evangelical communities that are established in independence from traditional churches. Each new community appears as an innovation that lacks a historical narrative that fully accounts for the tradition they’ve received. Is Grech challenging these communities? In truth he avoids drawing too many conclusions for the modern context and, to this reader’s mind, this modesty is the limitation of the book.
Present difficulties
By tackling the subject of orthodoxy, and consequently the tension between innovation and tradition, Grech is highlighting the tensions facing the Church today, not just ecumenically, but doctrinally. His reluctance to address these difficult questions and limit himself to the patristic period leave the reader feeling short changed so that the book is more of a theology introduction than a significant contribution to modern debate. Ultimately the reader takes away an important principle for dialogue in his preface, “It is not possible to argue about present differences without referring to our beginnings.” But the reader is left wondering what this learned man really thinks about present differences.

Fr Phil Cunnah is a priest of the Diocese of Middlesbrough, currently working in school chaplaincy and youth ministry.
Share:Share on FacebookShare on TwitterShare on Google Plus