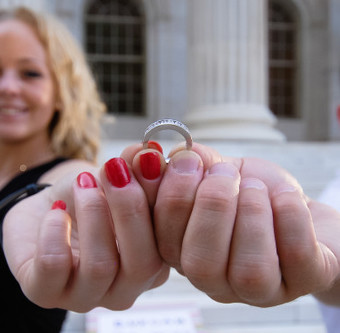 Book Review: The attack on human dignity and the family

Share: Share on FacebookShare on TwitterShare on Google Plus
The Global Sexual Revolution by Gabriele Kuby, Lifesite/Angelico Press, 302pp, paperback £16.00, reviewed by Ian Vane.
If, like me, you are approaching your sixth decade and are bemused by the speed of the sexual revolution - the separation of sex from babies, the increasing culture of ‘friends with benefits’ - but have never been able to articulate how or from where it came, then this book is a must-read. Kuby identifies and succinctly articulates the roots, cause, aims and objectives of this revolution, its destructive consequence and a way back to real freedom through recognising our true human identity as children of God.
Well researched
First and foremost, Kuby recognises the fundamental causes of the sexual revolution, namely the manipulation of the masses - ‘Incite the passions: control the man’ - and the furtherance of a fear of a population explosion based on a demographic model of the 1920’s, and yes, you’ve guessed it, money! The smaller the population, the less the money has to go around and the more there will be ‘for me’.
The book is incredibly well researched and therefore presents a very coherent case. The founders of the revolution are identified, along with late 19th and early 20th century theories which were dressed up as having been scientifically proven. Kuby identifies the billions of US dollars poured in by powerful Foundations (capital ‘F’ used advisedly) into the abortion and contraception industry and to NGO lobby groups, and the manner in which lobby groups are then able to manipulate the UN and European Parliament to pour further billions in to ‘gender mainstreaming’ and the impact this has had on national governments who no longer oppose such lobbying for fear that any such opposition will lead to the loss of funding for other national needs.
Destroying the family
The primary objective of ‘gender mainstreaming’ is the destruction of the heterosexual or ‘binary’ family as the basic unit of society and the subsequent invasion of personal conscience by the state. Kuby demonstrates how the ‘Yogaharata Principles’ arise from the foregoing. As to how this is possible, Kuby shows the manipulation of language, a familiar example being ‘reproductive rights’ rather than ‘contraception’ and ‘abortion’, and an anthropology in which gender is not a given but something assumed by the individual, and this according to their subjective choice. Over the summer period of 2018 the Yogaharata Principles were observed in the UK with the High Court upholding Ealing Borough Council’s ‘buffer zone’ at abortion clinics, the UK Government’s £4.5 million pledge to its ‘LGBT Action Plan 2018’ (see ‘YP 18’), the desire to bring in nofault divorce, and making it an offence for parents to smack their children.
Impact on society
And so the author moves from the pseudoscience, the funding, political lobbying and manipulation of language to the impact upon society and the individual. Again, we are presented with findings which show an enslavement to pornography by the population at large (67% of 16- and 17- year old boys) and its destructive impact upon the lives of men and then their wives and families. Other findings and reports show the self-destructive nature of the ‘homosexual life style’ with older homosexual men having had on ‘average 251 sexual partners’. Additionally, many of these individuals admitted to not being able to be faithful to a single partner. In short, the mountain of statistics and research in these arenas is staggering, yet much of this, even as empirical science, and the truth thereof, is denied.
Rebuilding freedom
Having comprehensively demonstrated the carnage wrought, Kuby shows how true freedom can be won back. Turning
her attention to the Christian community and the impact the sexual revolution has had on the differing denominations, she
does not shy away from the scandals in the Church but begins to rebuild freedom through a Biblical anthropology. Basing her
reconstruction on real love as being Christlike and therefore sacrificial, she points to the prophetic words of Pope Paul VI in
Humanae Vitae and through this directs us to Pope St. John Paul II’s ‘theology of the body’ and his Familiaris Consortio and The Truth and Meaning of Human Sexuality .
For anyone wishing to know where the battle lines are drawn in the defence of human dignity and the heterosexual family as the basic unit of society, this is a necessary if sometimes alarming read, but a read which should also inspire personal purity, chastity and fidelity for the sake of the Kingdom of God.

Fr. Ian Vane is the parish priest of Our Lady Immaculate and St. Philip Neri, Uckfield, and St. John the Evangelist, Heron’s Ghyll.
Share:Share on FacebookShare on TwitterShare on Google Plus