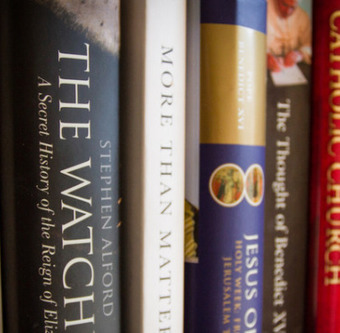 Book Reviews - Flourishing - Why We Need Religion In A Globalised World

In this interesting and wide-ranging book Miroslav Volf examines the relationship between globalisation and the world religions as a means of achieving human flourishing. The roots of the book lie in the Faith and Globalisation Seminar that took place at Yale University in the fall semesters 2008-11. By ‘flourishing’ Volf means a life that is lived well, goes well and feels good. He expresses it as ‘the good life’, ‘the life worth living’, evoking the biblical images of a tree by streams of water and sheep in green pastures. Human history is bracketed by the Garden of Eden in the book of Genesis and the New Jerusalem in the book of Revelation. Both of these are based in the one who dwells in inapproachable light.

From the outset, Volf makes it clear that he is on a religious and social quest that involves the whole person, individual and social, in the search for meaning and happiness. The goal of the quest lies in the future, understood in two ways, as outlined by Jürgen Moltman, who distinguishes futurum, the future that is explained by present causes, and adventus, the future that comes from outside time and space as the fulfilment of God’s promise. In theological terms, Volf’s enterprise has some of the characteristics of eschatology, in that it addresses the theme of the achievement of human perfection in the context of a future whose dynamism gains its moment from the activity in society of the transcendent God.

Marx and the iPhone

Volf is also concerned with globalisation: both as how it is to be understood within this context, and also as a means by which that process may be accomplished. Globalisation is one moment in history, which starts with creation and ends with the new creation. It is within this unfolding that Christians actively wait, engaged with the world by echoing in their daily lives the humility of Christ. Parallel to his religious exposition of history and globalisation, Volf presents The Communist Manifesto as itself proposing an analysis of globalisation and a critique of it. Karl Marx was a false prophet but a great observer, because, according to Volf, globalisation today is similar to Marx’s description of it. By way of contrast, Volf presents the manufacture and sale of the iPhone as a living example of contemporary globalisation.

Intertwined with economic globalisation is the globalisation practised by world religions. Here globalisation is formed by the drive to spread faith. Both Buddha and Jesus sent their disciples into the world to articulate a message intended for the global humanity This is how Volf links economics and evangelisation. He sees the various modes of globalisation as expressions of the spirit of God and of the human spirit working together, but, one may surmise, with the spirit of God, and its drive towards flourishing, diverted by the human spirit, whose finitude is more easily satisfied by the limited pleasure of material objects. To that extent, Volf’s analysis is a traditional one placed in a contemporary context of religious diversity and a global economy. He provides a new setting for discussions about human nature, sin and grace, and a broad context within which the dialogue with other religions might be carried out. In fact, Flourishing could also be seen as contributing to the dialogue with culture, though it lacks intensity of engagement and is devoted to the sweep of culture rather than to its detailed understanding, which is also a necessary element of the discussion.

Flourishing comes into the picture in the world religions. These are understood as accounts of human flourishing. They have a stake in the moral vision of the market. Volf calls them ‘the most revolutionary force on the planet.’ They provide the stance from which the present form of globalisation may be assessed. The good life that religions propose is the measure for that assessment and the vision of transformation that can direct globalisation towards the common good that develops towards human flourishing. Volf claims that this is the project both of Pope John Paul II and of the Dalai Lama. According to him, St John Paul II’s guidelines aim at making globalisation more humane, so that it may work for the well-being of the whole of humanity. The Dalai Lama sees the redesign of globalisation as aiming to generate compassionate generosity in each human heart.

Among other topics, Volf discusses faith in the public square, and asks what kind of religious conviction will be able to give meaning to human lives and help people seek the common good. His reply is that a faith of strong convictions is needed, because only faith of that kind will be able to inspire a movement for cultural and political change. That is not an answer that will please everyone, and even those who assent may hesitate over an attitude to religion that seems to elevate framing religion for a purpose rather than taking what religion is as a starting point.

Volf’s last thoughts are an interesting reflection on two sorts of nihilism, which he identifies as the spectre haunting the world today. Their antidote is the unity of meaning and pleasure experienced as the joy that is given with God who is love. After an extensive tour around the world today, Volf ends on a note of hope.

Fr David Evans is Programme Director for the OU BA (Hons) in Philosophy and the Catholic Tradition at the Maryvale Institute, Birmingham.