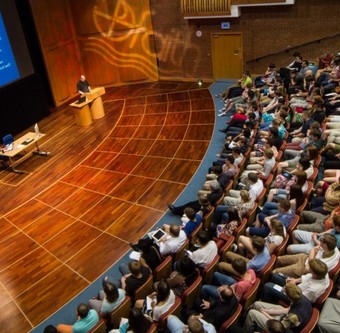 FAITH magazine is honoured to have an interview, in this issue, with Cardinal Gerhard Mueller, who until recently was Prefect of the Congregation for the Doctrine of the Faith, a position he held with great distinction and with courage.

The next years are not going to be easy ones for the Church, especially here in the West. Concluding his interview, Cardinal Mueller was right to reiterate the message of the great Saint John Paul: ”Do not be afraid!”

We commend the book The Cardinal Muller Report (Ignatius Press) as an excellent read. We hope to hear more from this Cardinal who merits more public gratitude than perhaps he has been given.

The FAITH Movement has always understood that real renewal in the Church comes through the Holy Spirit working  “from below”, from within the People of God.  New religious orders – from St Francis’ Friars to Mother Teresa’s Sisters of Charity –  spring up in response to the Holy Spirit’s call, a call that requires courage and faith.  And it is the same with smaller initiatives.   Groups that are sometimes not noticed – the network of Padre Pio prayer groups is one such example – foster faith and good works and keep up the numbers at weekday Mass. Groups that may receive sneers – charismatic prayer groups  dismissed as “happy clappies”, or Rosary groups that are seen an old-fashioned – bring new people into the Church in unexpected ways, offering hope and healing to the lonely, the disaffected, the confused.

The ordinary faithful are no longer remote from events in Rome and from the controversies and debates and arguments and tensions there. The internet brings instant news, gossip, and comment to anyone and everyone. And keeping up to date with that can be thrillingly addictive, especially when adding comments to the com-box or gleefully putting a link to a popular blog  to spread the latest item with delicious speed.

Communication certainly plays its part in renewal.  In the 19th century, news of the visions and miracles at Lourdes were spread by newspapers, and pilgrims travelled by the new routes carved out by road and rail. The  20th century saw its share of “radio priests” and then TV brought Archbishop Fulton Sheen to popularity – and then came the splendid Mother Angelica and EWTN.

But the voice of the Holy Spirit is often a gentle one, heard quietly. And sometimes the communication that is central to renewal has a more personal quality. The Faith Movement has large youth gatherings – but much of the real work is done more personally –the eager questions asked after a formal talk, the sacramental encounter in the confessional, the one-on-one conversations that run on late and tackle some of the great issues of faith and of life’s purpose.

The way in which  “Rome” connects with the rest of us should be seen as pastoral service. One of the greatest achievements of the modern era has been the Catechism of the Catholic Church. It came from Rome, carrying the signature of Pope St John Paul, and was the work of Cardinal Joseph Ratzinger, then of the CDF.  And it chimed with what the faithful wanted and needed.

And on the controversial issues of the day, we must ask that Rome gives a clear message. One of the most notable issues our day is what Pope Francis has described as “gender ideology”. Father Edward Holloway saw it coming, and his message about it was prophetic. We need clear leadership on this from the Church.  In this, as in so much else, the Church speaks for human dignity and human values. In this, the authoritative voice of the Church chimes with what ordinary people know and understand in their heads and hearts.

At a time of confusion, the voice of the Church must be heard clearly. Pray for the Pope and the Bishops.