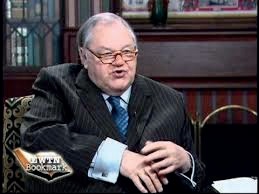 FAITH magazine reports with sadness the death of long-time contributor Dr William Oddie. We send our condolences to his wife Conny and the family.
William Oddie (1939 - 2019) was a Yorkshireman. For some that will be enough to summarize his whole demeanour and head-on approach to problems and difficulties. Born to parents in a small way of manufacturing in Wakefield, he was educated at Silcotes School – one of a small but proud group of northern ‘dissenting academies’. The religion there was, by his own account, dour enough to end the youthful Oddie’s interest in religion and make a thoroughgoing atheist of him. This cannot have been much moderated by his undergraduate years reading English and French at Trinity College Dublin – by then no longer the stronghold of the Protestant Ascendancy it had once been, but a college whose student body was made up largely of Post- Catholics of a belligerent kind.
He went on to the University of Leicester, where his PhD, interrupted by a bout of illness, was to form the basis of his first book ‘Dickens and Carlyle: A Study in Influence’. Oddie’s return to religion was gradual – perhaps influenced by a short time as Secretary of the Ancient Monuments Society. English literature of the seventeenth century (Donne, Herbart, Traherne) and the sublime architecture of the great norther minsters, York and Beverley, drew him towards religion, and confirmation in the Church of England.
In due course Oddie felt a calling to ordination, and trained at St Stephen’s House, Oxford, in those days a centre of fervent Anglo-Catholicism. Perhaps it was at St Stephen’s House that he learned the combative polemicism which was to be the hall-mark of his career as a Catholic journalist.
As a Librarian of Pusey House, and Bishop’s chaplain to graduate students, Oddie found himself fulfilling the original aims of the House’s foundation which was to supplement and ultimately replace the pastoral care of college chaplains in an increasingly secularised University. It was during his time at Pusey that he published what was probably his most important book. ‘What will happen to God?’ was not favourably reviewed at the time. Probably it was too combative for the cosy seclusion of the Church of England. But the book, forensically uncovering the deeper implications of the ordination of women as a direct attack upon the Doctrine of God, was to prove prophetic. As history unfolded in the following twenty years, and as the connections with the homosexual and ultimately pansexualist agendas became more and more apparent, Oddie’s 1984 warning came to seem not strident but realistic. It might have been said, as Rowan Williams was to say of a book boldly stating the same opinions from a feminist standpoint (Daphne Hampson’s ‘Theology and Feminism’), that it was ‘required reading’.
Subsequent to Pusey House, Oddie spent a short time as parish priest in a working class parish in Romford, where bewilderment at his sermons was matched by admiration of his pastoral enthusiasm. But by the late 1980s it had become clear that the ordination of women in the Church of England was an inevitability, and William, whose hopes of eventual reunion of Rome and Canterbury were crushed, became a Catholic. Many expected that he would avail himself of the provision for the ordination of married Anglicans to the Catholic priesthood. But for whatever reason Oddie chose to remain a layman.
So began a distinguished career as a Catholic polemicist. Oddie’s experience as a working and crusading journalist on the Telegraph, the Sunday Times and the Daily Mail put him in an ideal position to succeed as editor of the Catholic Herald, which he reshaped and redirected as it continues today. He saw that there was a place for a trenchant voice of orthodox Catholicism and set about providing it in a new format. Oddie was never far from controversy - with even the Monarchy in his sights. The Tablet was outraged. But Conrad Black’s choice of editor remained at the Herald, and vindicated his choice not only by notoriety, but by increased circulation.
Never far from controversy, Oddie nevertheless continued his scholarly work. His edition of Newman’s ‘Apologia’ did much to re-establish its author’s reputation as a formidable debater. Closer to journalism was his forensic analysis of the Gareth Bennet affair, ’The Crockford’s File’ which subjected the then Archbishop of York, John Habgood to severe criticism. His ‘The Roman Option’ was in many ways a lament for the failure of the Catholic Church to extend to Anglicans like himself the generosity which Benedict XVI was later to exhibit.
In his later years Oddie, with increasing rotundity and love of combative paradox, came more closely to resemble the subject of his last – and arguably his best - book ‘Chesterton and the Romance of Orthodoxy’. If in the eyes of many it failed entirely to vindicate its subject in the matter of anti-semitism, it stands beside Ian Ker’s biography as one of the most significant achievements of Chesterton scholarship.
William Oddie was a man of many friends. He was genial, humorous and always intelligently engaged with the affairs of the moment. His writings, by turn trenchant, opinionated, scholarly, reflective and prophetic, are testimony to a life lived with a vivid enthusiasm and a love of Catholic truth.