The identity and motive of the Faith Movement is to promote a theological vision of Jesus Christ as Lord of the cosmos and of history, and Lord of the individual mind and heart.

When someone asked Jesus what the greatest commandment of the law was, he replied: “You shall love the Lord your God with     all your heart, and with all your soul, and with all your mind, and with all your strength” (Mark 12:30). The whole of our human nature is involved our understanding as well as our will. One of the tasks of preaching the Gospel, then, is to show how our faith makes sense to our minds. We do not have to deny our human reason or our modern scientific knowledge in order to believe in God. In fact, quite the contrary is the case: All reality and all truth proceeds from the one God, and so must constitute one perfect harmony. The more we discover about the amazing world we live in, the more we discover the even more amazing God who created it (cf. Wisdom 13:3-5).

However, this runs clean contrary to the popular opinion of the matter. It is commonly assumed, although quite incorrectly, that science contradicts religion - even that  science  has  disproved  the existence of God and the discoveries of Galileo and Darwin amongst others are often held up as proofs of this.

There are several reasons why popular opinion takes this view. One reason is that many of those who promoted the scientific ideas were atheists, and used or even abused the science to promote their own ideologies as well. But another contributory reason was that those who were arguing the case for God were using philosophy and theology which had been worked out several hundred years before the advent of modern science. In fact, their philosophical principles, although brilliantly developed by St Thomas Aquinas in the thirteenth century, were largely those of Aristotle, who lived around 350 B.C. As a consequence, their system of thought their synthesis of faith and reason was not adequate to cope with the new questions arising from modern science.

As a result of these difficulties, some people resorted to ‘modernism’, which involved abandoning those Christian doctrines which seemed to be at odds with modem knowledge: others chose to ignore the problem altogeth- er and concentrate on other, less controversial areas of theology. However, neither of these strategies was a satisfactory response to the situation. What was required was a new synthesis of faith and reason, utterly faithful to the deposit of divine revelation, yet showing the deep and beautiful harmony between the truths of revelation and the truths of the natural world.

The Faith movement offers its vision as a solution to these issues. It is our conviction that these ideas show the unity of God’s work of creating the universe and of saving us through Jesus Christ. We know and Fr Holloway always explicitly said that these ideas are only a beginning; others will work them out more fully and perfectly. But if they do genuinely synthesise the Catholic faith and modern scientific knowledge then they are of tremendous value, for they vindicate the truth of our faith. More than this, because every deeper understanding of God is not just of academic interest, these ideas will lead to a deeper personal relationship of trust, love and holiness with God. They will also lead to a clearer understanding of the moral life, and will attract others to Christ for our response to God involves the whole of our human nature as a unity. This is the experience of those involved in the Faith movement. We know personally that this vision has in fact borne fruit in our own spiritual lives and in the lives of others. This is the reason that we try to promote this vision.

God’s Master Key: the Unity-Law of Control and Direction

The central principle of the theology of the Faith movement is to show the majestic unity of God’s plan of creation and salvation. It is a plan formed “before the foundation of the world”, a “purpose which he set forth in Christ as  a plan for the fullness of time, to unite all things in him, things in heaven and things on earth.” (cf. Eph 1:4,9-10) All God’s works proceed from the one wisdom of God, and are centred on the Incarnate Jesus Christ: “All things were created through him and for him. He is before all things, and in him all things hold together.” (Col 1:16-17) This one wisdom, which comes from the will of God, and which orders and directs all things for his purpose, is therefore a law for all created things. Fr Holloway called this law a “Uni- ty-Law of Control and Direction”; his mother called it “God’s Master-Key”.

The Unity-Law of Control and Direction is thus the central idea in the theology of the Faith movement. It is breathtaking in its simplicity but contains great power and depth to develop and to unify faith and reason for this age of science. It has an enormous impact in the whole of theology, philosophy, apologetics and catechetics, especially in regard to their vital relationship with the scientific vision of creation. In the space available here, it is only possible to provide a brief overview of this vision. For a much fuller treatment the reader is referred to Fr Edward Holloway’s book, Catholicism: A New Synthesis.

The term ‘Unity-Law of Control and Direction’ may appear rather complicated, but it is designed to show the unity of all God’s works. An explanation of the individual words will help to bring out the overall meaning.

The will of God for all things is a command or law, as Ps 148 indicates: “Praise  him, sun and moon, praise him, shining stars... He commanded: they were made. He fixed them forever, gave a law which shall not pass away.” For material things this law appears as the laws of science; for man and the angels it is a moral and spiritual law too.

But the idea of law implies something more: God’s plan for the universe, and for man, is not a chaos but a cosmos; it is ordered and harmonious, as science has shown us. There is therefore a law in the mind of God which orders all things through supreme wisdom and intelligence, and does so in a unified way. We know from science that the various laws of nature link up into more fundamental ‘super-laws’. For example, electricity and magnetism are known to be aspects of one single reality, described by one law. In fact scientists are currently trying  to formulate a single ‘Grand Unified Theory’ which will describe the behaviour of the whole physical universe in one law and there is every hope of eventual success. This same pattern of unification can be seen in the way that all the moral laws are summed up as love of God and love of neighbour (cf. Mark 12:28-31, Romans 13:8-10).

One transcendent mind of God

Ultimately everything in the universe, from atoms to man to the Incarnation of Christ, proceeds from the one transcendent mind of God. As a result the laws of science, the higher moral law, and the even higher spiritual order must link up into one supreme Law in the mind of God. In other words, this law must be a Unity-Law. At its lower end it will embrace the laws of physics, chemistry and biology; at its highest application it will embrace the relationship of man to God, including the Church and the sacraments. In the end the law is only fulfilled in God made flesh, Jesus Christ, who is the very centre, meaning and purpose of the Law.

It is called a Law of control because each of God’s creatures receives the control or influence it needs to achieve its destiny from its interactions and relationships with its environment. In these relationships each thing finds its existence and meaning. This is true whether it be an electron within an atom, a plant seeking the warmth of the sun, or man seeking the warmth of God’s grace in Jesus Christ.

It is called a Law of direction because the whole universe manifests a purpose and a goal. This is clearly seen in the development of the material universe, from the Big Bang to the formation of galaxies, stars and planets, in the emergence and evolution of life, right up to the evolution of man. Everything in the universe discovers its true direction through interaction with its material environment. And clear direction for man is also provided by God through revelation, from the dawn of history to its culmination in Jesus Christ, the One who is to come and who is the Way, the Truth and the Life for man.

Manifestation of the Unity-Law: from Creation to Jesus Christ

We now need to look at how God has worked out his great plan of creation and salvation, and so consider in particular how modern science is in complete harmony with the truth revealed by God. We need to ask: why did God create the material universe and how does he sustain it in being and harmony? How is man different from the animals? How does it come about that man has a spiritual soul? How does God provide for man, who is both matter and spirit? What is the ultimate meaning of man and of the whole universe? The next sections will present an outline of how the plan of God was unfolded through the UnityLaw of Control and Direction from the beginning of creation to its ultimate ful- filment. They attempt to show the seamless unity and coherence of God’s wisdom and purpose, and to show that all of creation only finds its true meaning in the Incarnation of Jesus Christ.

This was initially published by the Catholic Truth Society as part of a pamphlet in a series on the New Movements in the Church. It will be concluded in the next issue of FAITH magazine. Fr Nesbitt is a priest of the diocese of Southwark.

By Roger Nesbitt
Share:Share on FacebookShare on TwitterShare on Google Plus 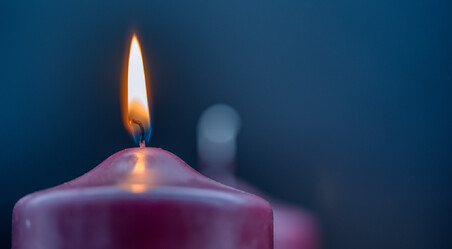 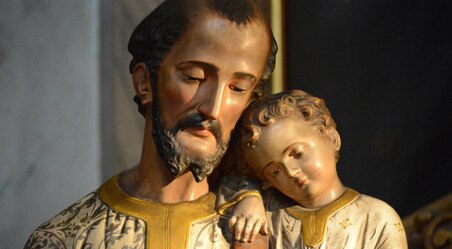 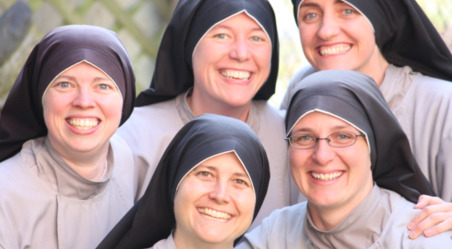 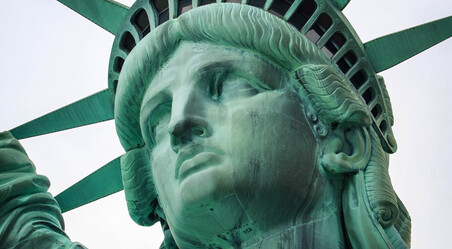 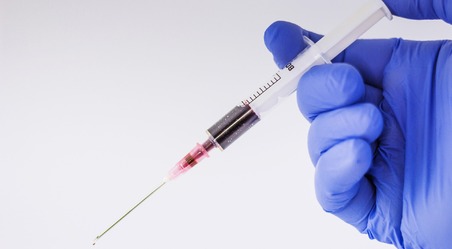